Let us cease
this endless talk
of enlightenment!

It is giving me
a small headache.

Let us pour a lovely cup of tea
instead
and talk about your garden
my Friend
and how it grows!

We will set a place
for God
and maybe,
if we discover enough love and laughter
He will
show up

(unless He
is busy
with more critical
cases
of true woe.)
Posted by Ami Chen Mills-Naim No comments:

I watched the cloud

What a gorgeous entertainment!
Posted by Ami Chen Mills-Naim No comments:

Email ThisBlogThis!Share to TwitterShare to FacebookShare to Pinterest
Labels: the Absolute, Truth

Holy is a Moving Target

And Everything is Holy!
except when it is not.

Holy is the color of your lucid eyes, my Friend.

And so, I have come
To worship at Your feet.

Anoint me with your Divine and Radiant Vision!
Posted by Ami Chen Mills-Naim No comments:

Email ThisBlogThis!Share to TwitterShare to FacebookShare to Pinterest
Labels: holiness

The sages
have exhausted
all their metaphors!

We will need to find
a new planet
to keep on talking
of Love!

I fear the sages
must be weary by now

Perhaps it is time to take them seriously,
Take matters into our own hands, my Friend
And find Reality for ourselves

Trust me when I tell you:
You have everything you need
for this noble journey

So we can end
all this talking!
Posted by Ami Chen Mills-Naim No comments:

Don't Think About Me!

Don't think about me, my Friend!

Then you will only
come to know
your own thoughts

They make the inside of your head
Too noisy!

Don't think about me,
My Friend.

Come down, instead
to this dancing river
where eternally
I sit.

Beneath, behind, beyond
the many forms
our Truth takes,
We will discover
True Love

And the world will improve
All by itself.

These pomes were written at the edge of Fallen Leaf Lake, in retreat with Gangaji and many beautiful others. Endless Gratitude to All.
Posted by Ami Chen Mills-Naim No comments:

The analogy of money to bread, the stuff of life, the stuff we need (!!!) goes back for millennia. What if we took the analogy a bit further, as truly, we are not quite as crazy over bread as we are over money. (Especially if we are gluten-sensitive.) I have recently found this literal analogy to be helpful, and here are my thoughts and suggestions:

Treat money as you would treat a loaf of bread in your bread drawer ... It is matter of fact, it is neutral. It is nothing to get particularly excited about. It provides a certain amount of sustenance and nourishment.

If your neighbor or someone you met needed a slice of bread, you would give him one. You might even give him more than one. After all, it's only bread. There is plenty of bread in this world! 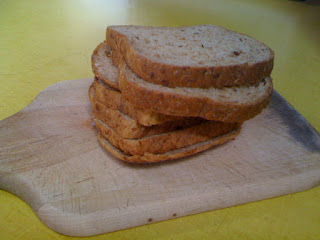 If you ran out of bread, you would probably not freak out. You would think, well, I'll get my fiber elsewhere for a while, until I get some more bread. I'll run into some bread somewhere. ... Ah, here we go, a nice bag of almonds!

You notice that the world offers many forms of love and support, not just bread.

If you met someone who had piled loads and loads of bread into storage in their house, you'd think: That's a bit weird. Other people could use that bread. Kind of a waste, really.

What if they put a list of people on magazine covers: The Top Ten Bread Hoarders of the World!

What if everyone thought that having more bread made them happier, more powerful, more secure and even sexier?

Whole industries would arise around protecting and storing bread. People might become desperate in their desires to gather and safeguard bread--they might abandon everything, their families, their pets, their ethics, their peace of mind. They might suck up to nasty bosses who give them bread, they might trample the earth to create giant bread factories.

You get the point.

One of the most beautiful messages in the Bible is this: "Take no thought! ... Not for what you shall wear, nor how you shall be clothed. For your Heavenly Father [Life!] knoweth you have need of these things, and it His good pleasure to give you the Kingdom."

Life is here to support You, Friend!

Money is simply a tool of exchange. Fear of money, or granting great, unwarranted powers to money has made us slaves to that which is external to us. Rather than find that which truly makes us happy--that which abides within--as a society, we run furiously on the futile treadmill of More and Not Enough.

Money. A safety pin. A garden hose. A loaf of bread.

Money, or, more properly, our thinking about money, is driving this poor world into the ground. And the only way to release the world from the mad grip of money, is to loosen its grip on us--so that we can show the world, by our own example:

It's not about the money!
Posted by Ami Chen Mills-Naim No comments: 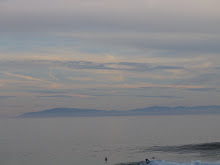